The latest guidance shows a little more snow falling in our area than what was predicted yesterday.

The winter weather is expected to move into our area around noon, but won’t get heavy enough to cause issues until 2/3pm-6pm…which could cause major issues for the evening commute.

For anyone inquiring about the MCPS boundary analysis meeting at Walter Johnson, one of our reader kindly pointed out that an MCPS spokesperson made it known that “community use of public buildings doesn’t necessarily align with school closures/early release. So, even if schools release early, the meeting tomorrow at WJ could still go on and MCPS will announce if it is canceled.”

Due to the timing of this one, I personally think the best bet would be to go with the early release. It counts as a full day of school and keeps kids off the roads at a time that can potentially get dangerous.

Pencil Prediction: 2 Pencils (with early release taking the place of the delay) 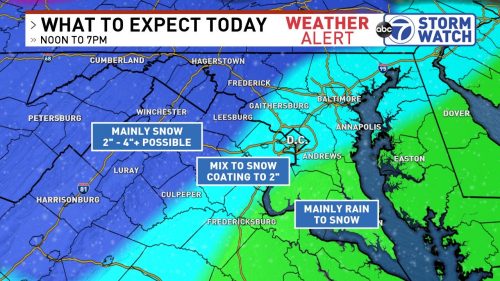 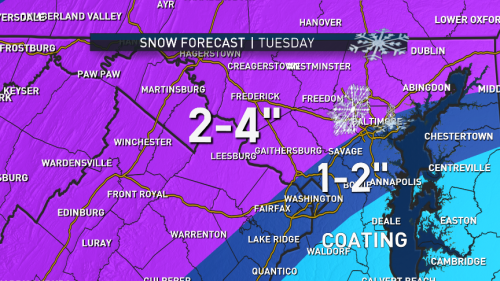 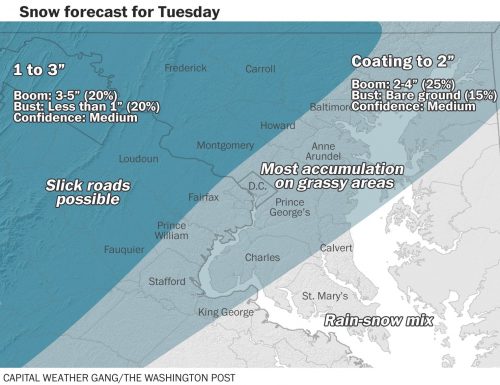 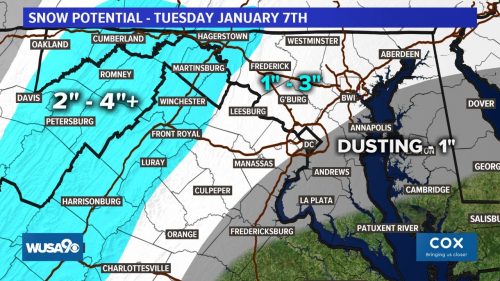 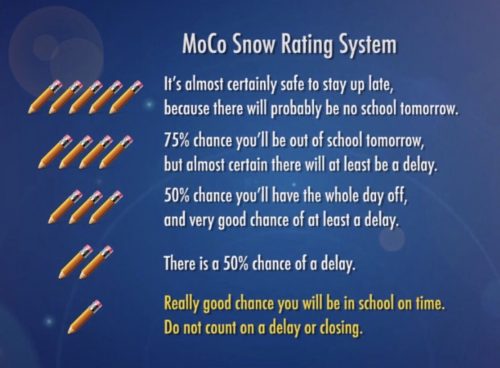