The young man in our featured photo grew up to be one of the most successful athletes of all-time.

He spent the first seven years of his life in Potomac before his family moved west to California.

Pete Sampras has won 14 Grand Slam singles titles during his career, which was an Open Era record at the time of his retirement. He spent 263 total weeks ranked as the best tennis player in the world (3rd most all-time).

As a bored 5 year old at his home on Tuckerman Lane, he found an old racket that he used to hit a ball against a cement wall in his basement. He never looked back, and was able to play tennis year-round when his family moved to California two years later.

While Sampras lived in Potomac, he attended St. George Greek Orthodox Church on Bradley Boulevard in Bethesda. His father was a partner at nearby McLean Family Restaurant, which specializes in a variety of cuisine, including Greek food, and is still around today. 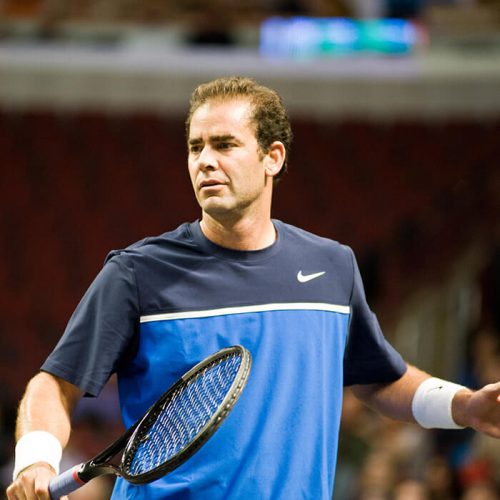