We stopped by Gentleman Jim’s to clear up a few rumors that were swirling a couple months back.

Due to a “for sale/lease” sign on a nearby building, a couple folks reached out to ask us if Gentleman Jim’s would be affected. We were told it would not and that the restaurant is doing better than ever.

The current landlord is putting money into the shopping center, so we’re told to expect good things for the area.
Here’s a little history on the Gentleman Jim’s. The restaurant got started in Twinbrook off of Veirs Mill back in 1971, by the gentleman himself – Jim Hance.
The restaurant moved to the current Gaithersburg location (18917 Earhart Ct.) and even brought a lot of the original pans, that are still used today, from Twinbrook restaurant.
The restaurant has remained in the family throughout the years and is currently run by Joe Hance at, a 2003 Gaithersburg High School graduate.
Gentleman Jim‘s is known for their pizza, which is different from most because they use Swiss cheese. Some people love the Swiss and some don’t, but if you don’t, you’re in luck…you can substitute mozzarella or provolone.
The menu also features “Gaithersburgers” (half-price on Tuesdays), half-price pizza on Mondays, soups, salads, and a lot more…some of the menu items are named after family members or longtime customers.
Soon they’ll be adding a gluten free menu with burgers and gluten free Gentleman Jim’s pizza.
Pictured you’ll see:
Gentleman Jim’s pizza (half traditional Swiss and half provolone)
Divi’s Firehouse Burger: 6oz flame broiled burger topped with crispy onion straws, grilled jalapeños, applewood bacon, cheddar cheese, bbq sauce, and more.
Chef Pete’s North Carolina BBQ: Smoked in house for 14 hours, hand pulled and seasoned NC style on a toasted brioche bun.
Homemade apple pie with ice cream for dessert
In addition to the half-price pizza and burger nights, they have a few other cool events like Kids Night every Thursday, which includes arts & crafts and a kids movie on the big screen. Kids eat free (one per paying adult).
Gentleman Jim’s is also very active in the community working with local schools for fundraisers. When the nearby Village Cafe closed, the restaurant provided jobs for 6 employees that were left without a job.
So to put any rumors to rest as their 50 year anniversary approached, Gentleman Jim’s is sticking around…hopefully for at least another 50! 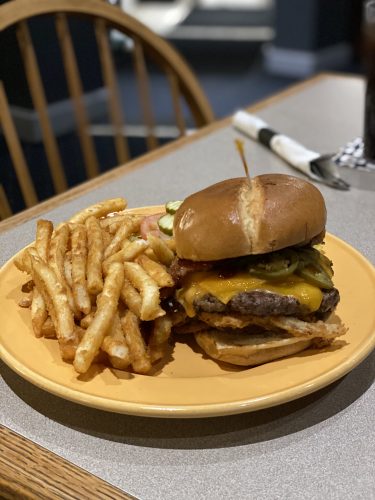 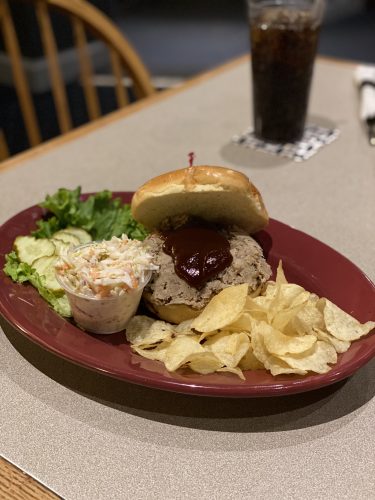 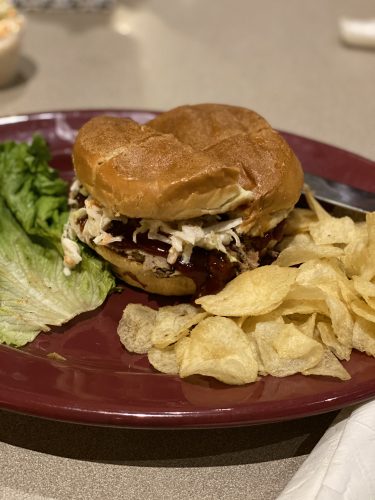 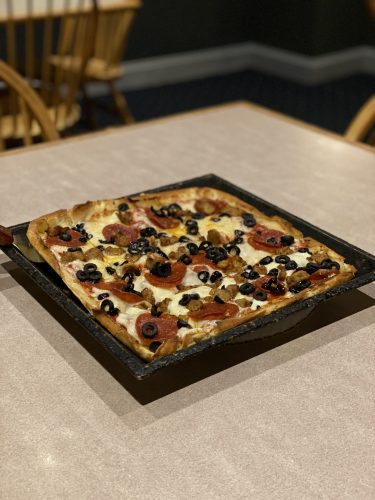 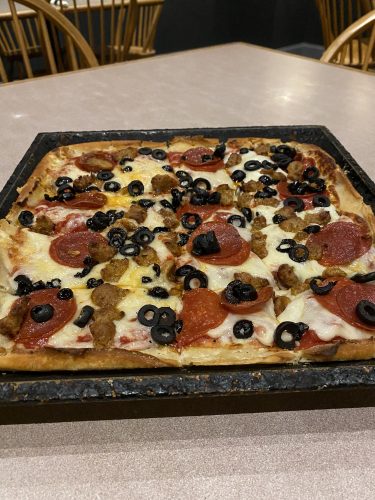 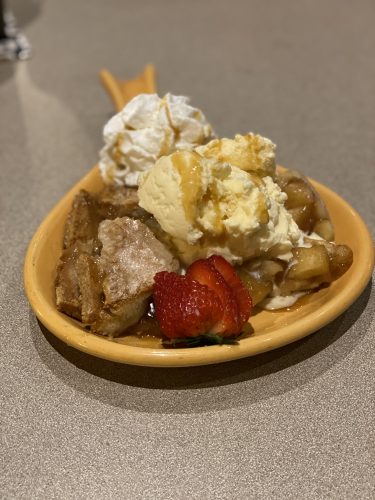 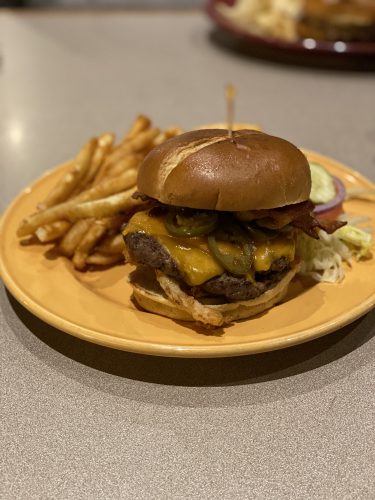