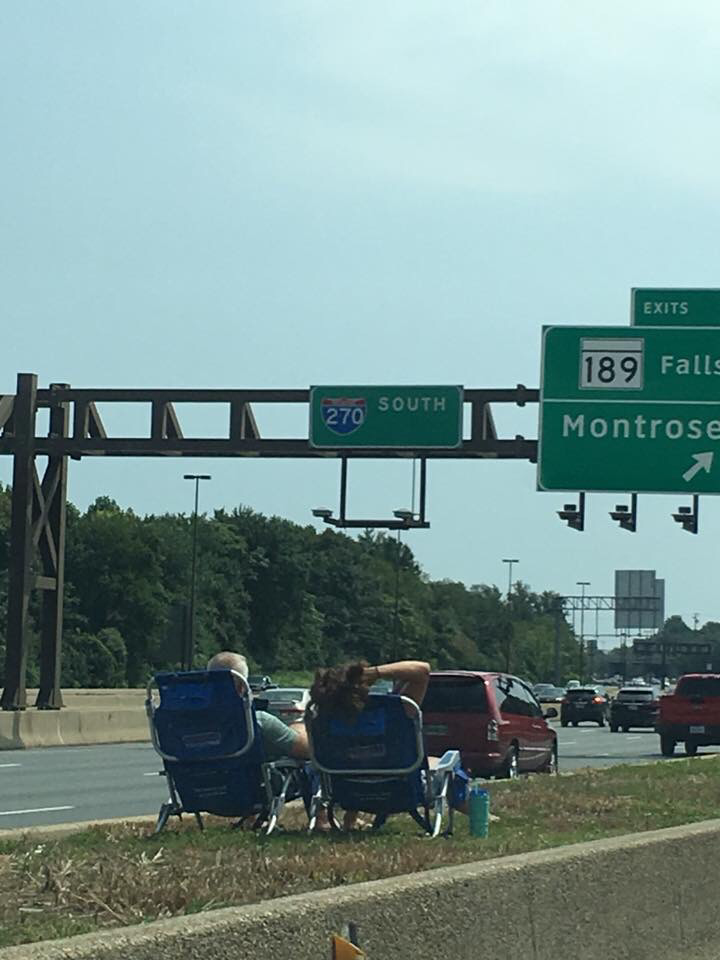 Photos courtesy of J’amie Kirlew
Yesterday we shared a few photos of two people sitting in beach chairs on the media of I-270 between Falls Rd and West Montgomery Ave.

J’amie Kirlew, the person who was able to snap the photos, captioned them with “‪A couple is casually sitting in lawn chairs on 270 between W. Montgomery & Falls drinking wine. We had to turn around and around to capture these pics.‬”

It didn’t take long after we shared the photos for one of the people in them to be tagged. I was able to ask her a few questions and get to the bottom of this local mystery.

Rebekah and her father Matt were headed down to Virginia Beach from their home in Mount Airy. Not too long after they got on the highway, The car they were in got a flat tire.

Since they were headed to Virginia Beach, they had their beach chairs in the car. They decided to pull them out and move to the median, which was the only safe space for the two.

Though it initially looked like wine may have been involved, Rebekah tells me the only sipping came from a water bottle that she had with her in the car. It only appears as though a wine glass is present in one of the photos, but a closer look reveals just bottle of water.

Rebekah told me she was “thankful we didn’t do anything too crazy or obnoxious…my dad and I tend to try and be funny at the cost of some embarrassment.”

The tow truck arrived a bit later and took them to the shop for a new tire. Their four-hour trip ended up being twice as long, but they were still able to make it to the beach. 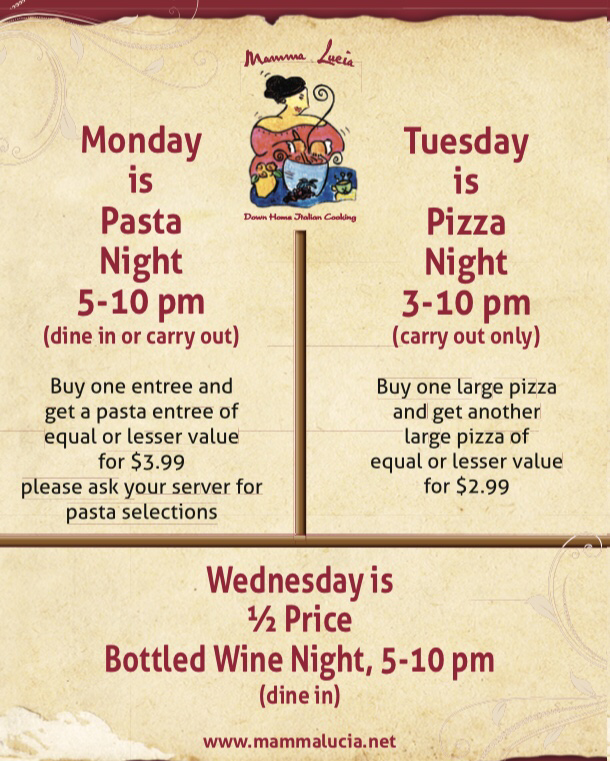 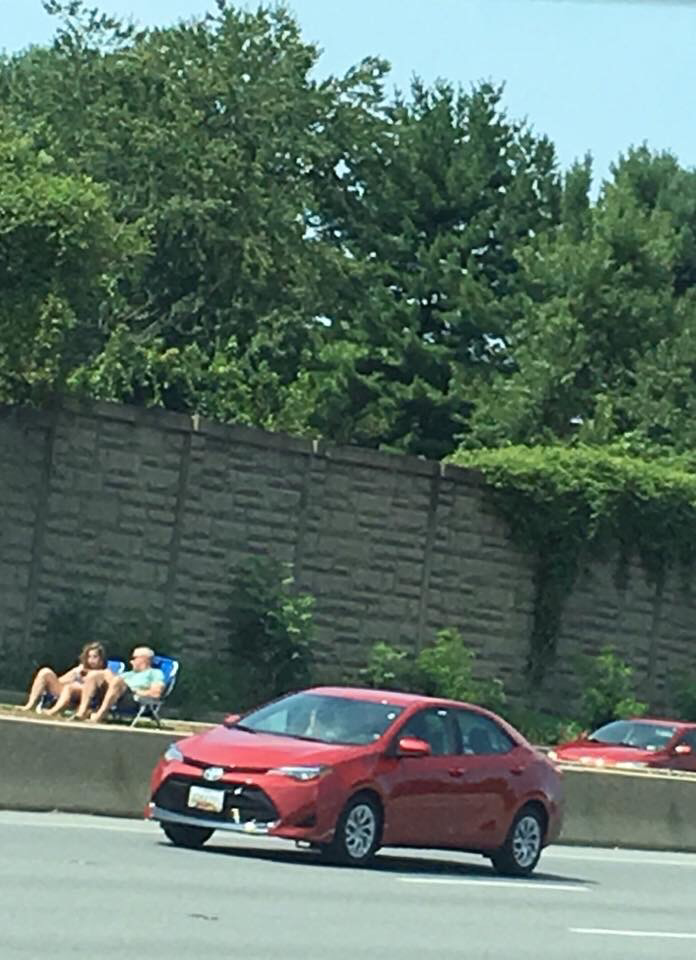 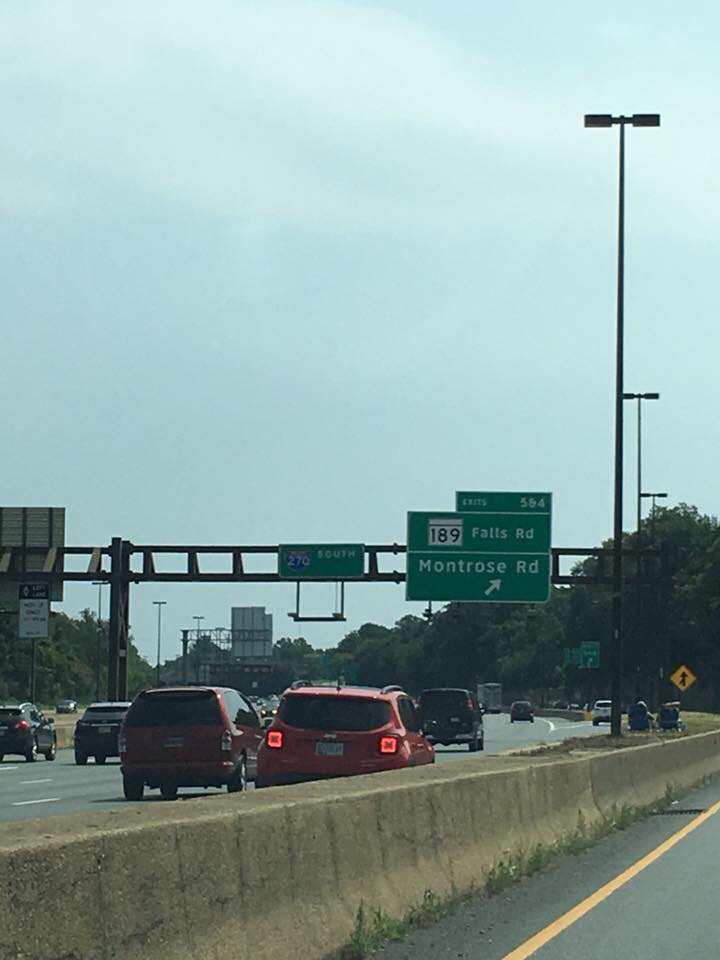 '
← sunday Morning Bakehouse Is Coming To Pike & RoseCinnaholic, As Seen On Shark Tank, Is Coming To Crown (Gaithersburg) →