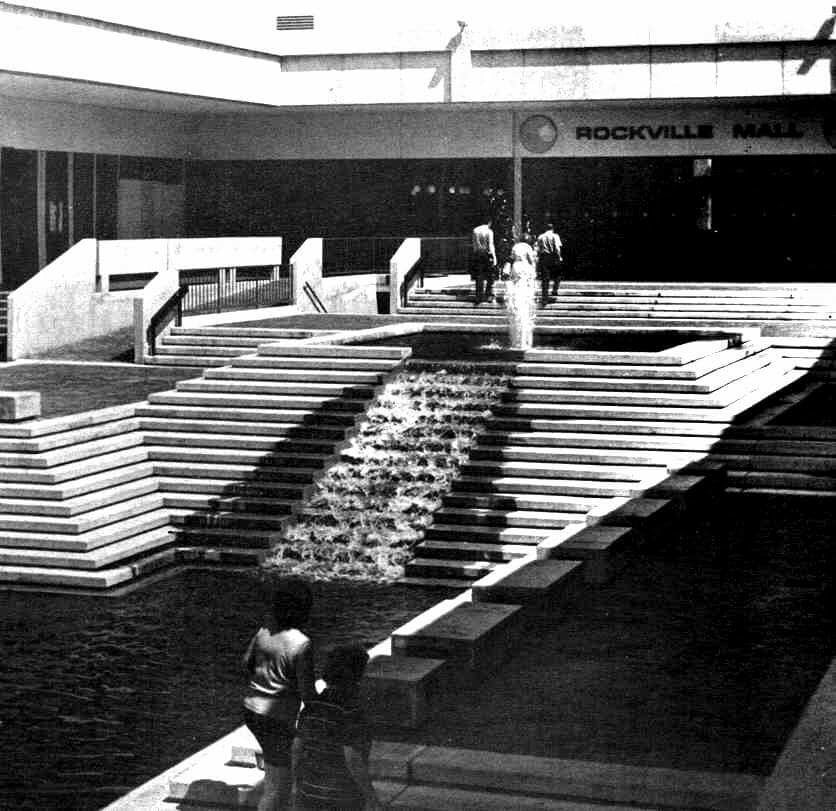 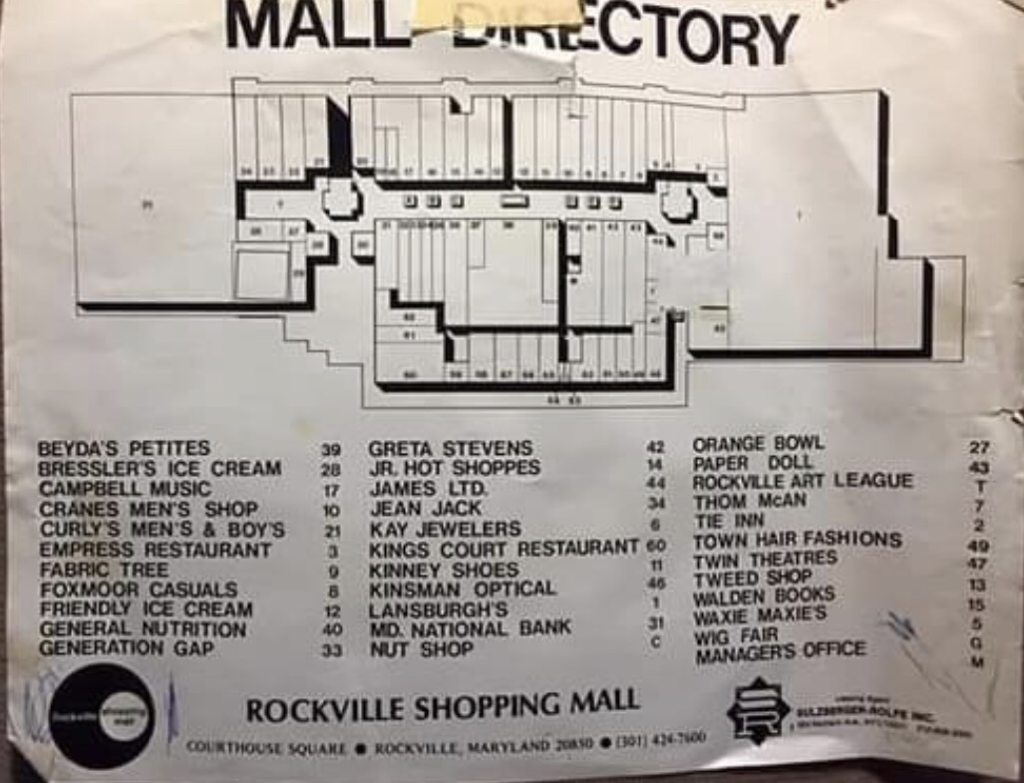 We’ve all heard of Montgomery Mall, Wheaton Plaza, Lakeforest, and even White Flint, but there’s one mall that always seems to be forgotten in these discussions. It was a mall with all the potential in the world that fell flat on its face…Rockville Mall.

The high rise buildings and County offices that we currently see in Rockville didn’t exist before the 60s. It wasn’t until the city purchased 46 acres in the town center and demolished many of the existing buildings that Rockville started to take on the more modern look it has today. In 1972, about a decade after the Federal urban renewal program began, the city built a 500,000 square foot mall.

The mall had room for 55 stores, 2 of them being department stores. When the mall first opened, 40 of the 55 store fronts were occupied. The original plan was to open the mall with Sears and JC Penney as anchors, but ended up settling for Lansburgh’s, a D.C. based department store chain that didn’t even last a year before closing their store in the mall permanently. It was replaced by a branch of Philly based Lit Brothers department stores and later on a discount furniture store, but never had the anchor store the mall so desperately desired.

For the first 5 years of the mall’s existence, Wheaton Plaza and Montgomery Mall were the only mall competition. It wasn’t until 1977 that White Flint showed up a few miles down 355 and it wasn’t until 1978 that Lakeforest was built a few miles up 355. By that time the mall was renamed The Commons at the Courthouse and the mall started focusing on catering to nearby businesses and government employees. It didn’t work…as 3 year later, in 1981, it was down to just 20 of 55 occupied store fronts. The owners of the mall, Rockville Development Associates, went bankrupt and the mall closed less than 10 years after it first opened.

The mall was purchased and reopened in 1983 as Rockville Metro Center (the Rockville Metro station had recently opened on the opposite side of 355) by Eisenger and Kilbane, a company based out of Gaithersburg. Unfortunately, even after $50 million was put into redevelopment, the mall never had more than 20 tenants again.

About a decade later then-Rockville mayor, Doug Duncan (who went on to become County Executive), launched a campaign against the mall citing that it was holding back development in downtown Rockville and limiting property tax intake for the city. The mall was torn down in 1995.

in 1998 Essex Capital Partners began developing “Rockville Center,” which included the renovation and expansion of Regal movie theaters. In 2004, Rockville Town Center came to life. The mixed use center included condos/apartments, the Rockville Library, parking garages, restaurants, and many retail shops. In July of 2007, Rockville Town Square officially opened and the area looks the way we know it today (Gordon Biersch, Buffalo Wild Wings, Mellow Mushroom, and more are there today).

Information for this article comes from: You Know You Grew Up in Montgomery County Facebook page, deadmalls.com, Wikipedia, and The Washington Post
Sponsored Advertisement