The Sunoco gas station in Rockville (790 Hungerford Drive) was almost completely destroyed by a fire this morning when mechanics were working with a fuel pump and fumes were ignited by a nearby kerosene space heater.

As evident in the pictures, the garage service bay and the cars in it were damaged beyond repair.

Thankfully nobody was hurt, but the damage is estimated at around $1 million. 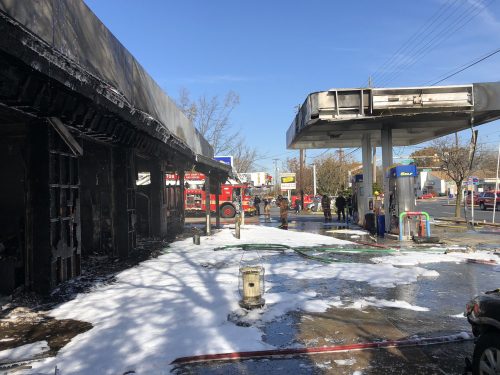 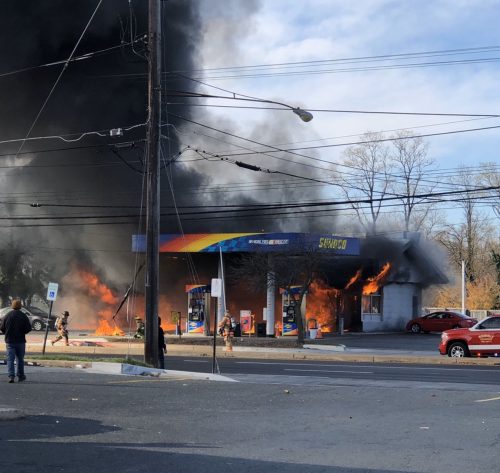 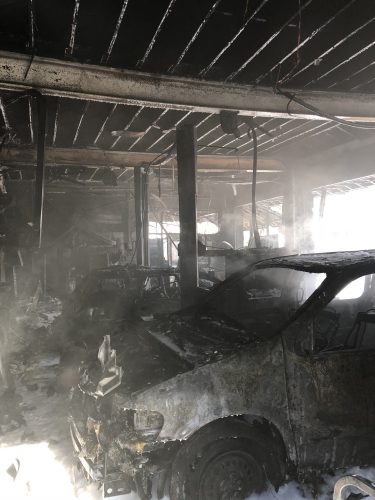