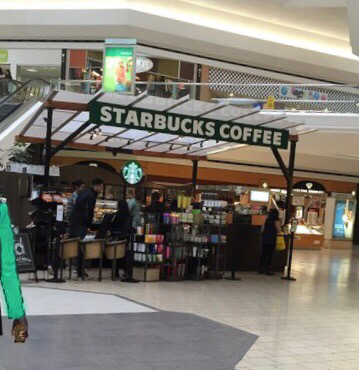 Yesterday we reported on the closing of McDonald’s in the Lakeforest food court, which happened a few weeks back.

This morning we have received word that another billion dollar corporation will be shutting down their Lakeforest location at some point in March.

Starbucks confirmed that they will be closing their Lakeforest location at some point between the end of this month and the end of March.

One of the biggest issues when it comes to redevelopment of the mall, or land that the mall is on, is that the anchor stores own the land they’re on. Sears was sold for $4 million this past summer– a year after the mall was auctioned off for $19.1 million. We now await the potential sale of the other anchor stores.

Lakeforest Mall was recently added to Gaithersburg’s enterprise zone in an effort to attract new development by providing local property and and state income tax credits to any businesses that come to the area and create jobs.