As most of us know by now, Barrels & Brews will be taking over the old Potomac Pizza/Deli spot in the Kentlands at 625 Center Point Way.

The same logo was used for a Facebook event in Spokane, Washington back in 2017, but we are unsure if they’re related. We are thinking a Brew Belly type of concept that features beer, wine, and food, but that’s still just speculation as we have not been able to get in contact with the owners.

Though we don’t have much information, we were able to get a sneak peek… and what we saw looked pretty cool!

There are plenty of tables, which may suggest more dining options than we previously anticipated. The walls are lined with brick and tree stumps, making  the space a bit cozier.

Barrels & Brews has a hearing on December 5th hearing for their alcoholic beverage license, but no opening date has been announced. 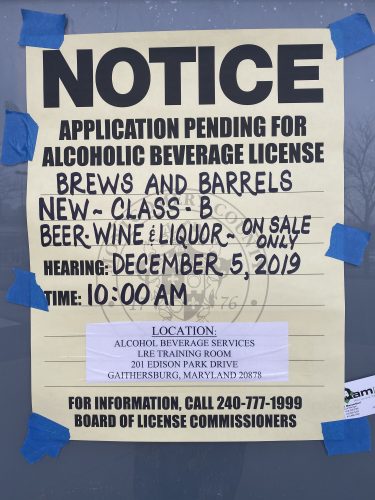 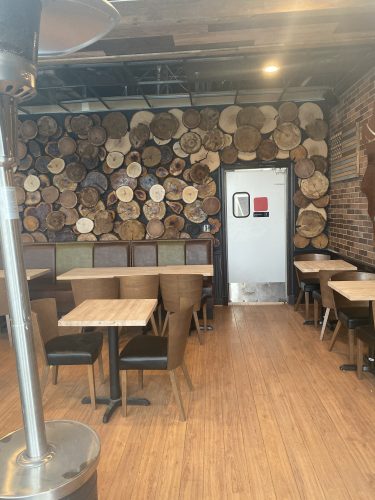