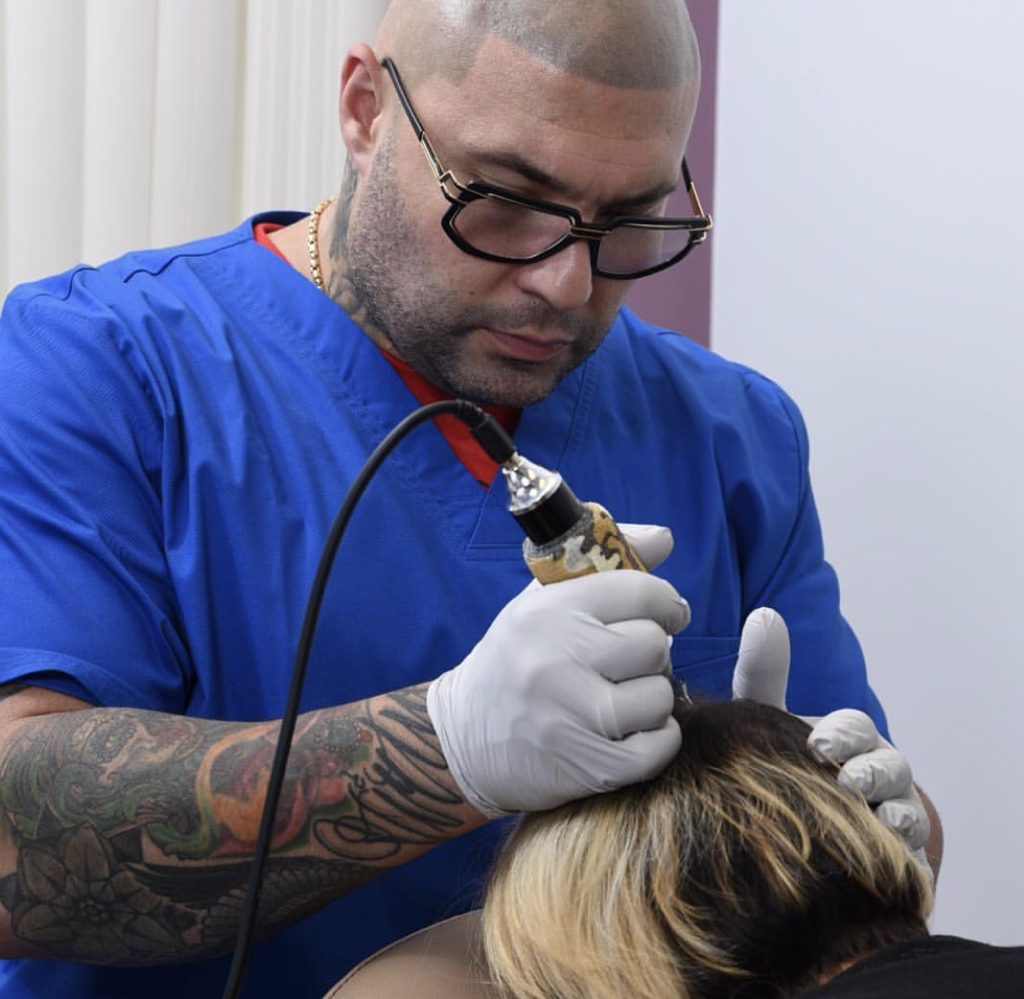 A few weeks back I ran into a former student who suffered from alopecia. I hadn’t seen him in nearly a decade, but one of the first things he did was ask me if I liked his hair.

He told me that he recently went to a place in Bethesda that was able to use a procedure called SMP (scalp micropigmentation) to make it appear as though he had a full head of hair.

It looked great, and I could tell how happy and excited he was. He told me the place was called Scalp Allure and I knew I had to check it out.

I called Scalp Allure and spoke with owner, Daniel Yerenburg. We set up a time for me to stop by and see what this was all about.

Scalp Allure is located in a quiet office building in Bethesda (10411 Motor City Drive, just behind Montgomery Mall). Daniel has been there for 5 years. In that time, he has completed over 5,000 procedures and claims a 100% satisfaction rate.

He moved to the United States with his family when he was just a kid, back in 1989. In the early 90s his family moved to Gaithersburg and Daniel has been there ever since (he’s a 1997 graduate of Gaithersburg High School).

Daniel began his battle with hair loss when he was just 18. He even joined the hair club for men, but didn’t know if having to worry about a hair piece was any better than being bald, so he shaved his head completely.

He ended up finding out about scalp micropigmentation online and went to a local tattoo artist. It was a big mistake. Daniel ended up with a blue head filled with massive dots. He later got this fixed in New York, but he knew he found something he was passionate about and wanted to change lives the same way his was changed.

After being trained in New York he came back to the area and began performing the scalp micropigmentation procedures himself.

Of his 5,000 procedures have been, approximately 85% have been men, but he has worked on hundreds of women as well. In addition to clients with thinning hair, he’s executed procedures on clients with alopecia, scars from injuries, surgical scars, cancer patients, and almost any type of hair loss you can think of.

Daniel prides himself on being able to complete these procedures with minimal pain. He says the feeling is more of a slight discomfort than pain and that he’s never had to stop a procedure due to pain.

The procedures are semi-permanent and require touch-ups every five years or so. Without any touch-ups, he estimates the procedures would last about a decade or longer.

His patients have included over a dozen doctors, CIA agents, dancers, teachers, mma fighters, and a lot more.

More than anything, he loves being able to give people the confidence that hair loss has caused them.www.instagram.com/danielyerenburg

You can check out the official Scalp Allure website, or join one of his many followers on Instagram where he highlights hundreds of his procedures. 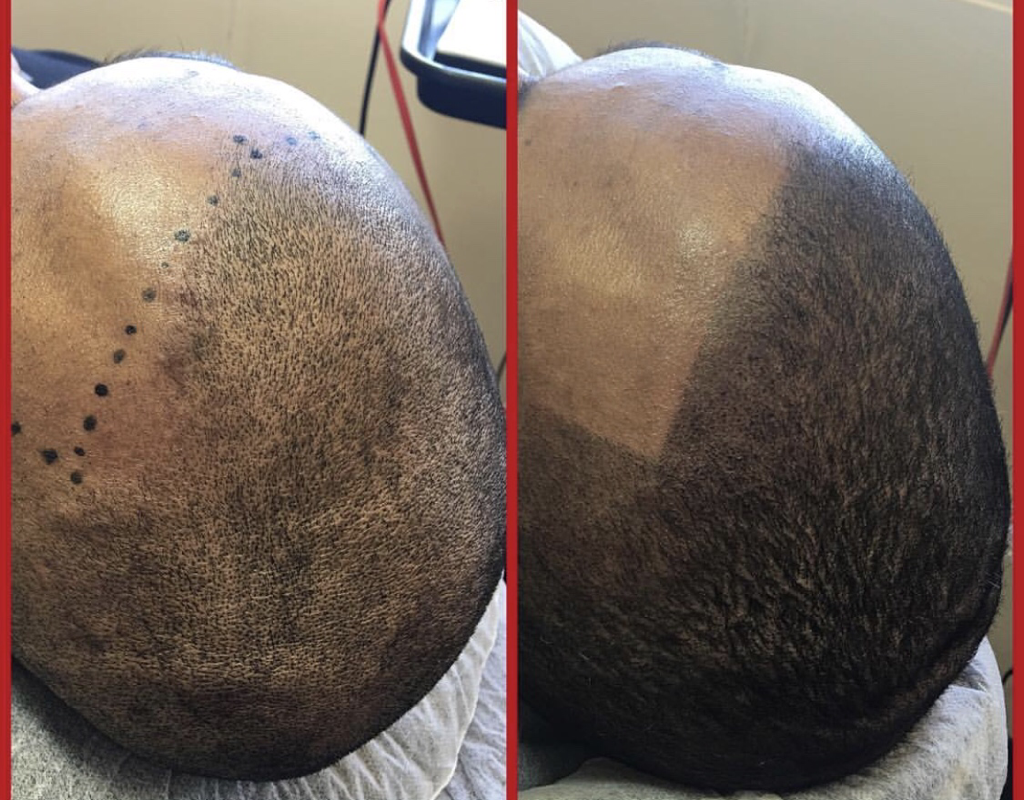 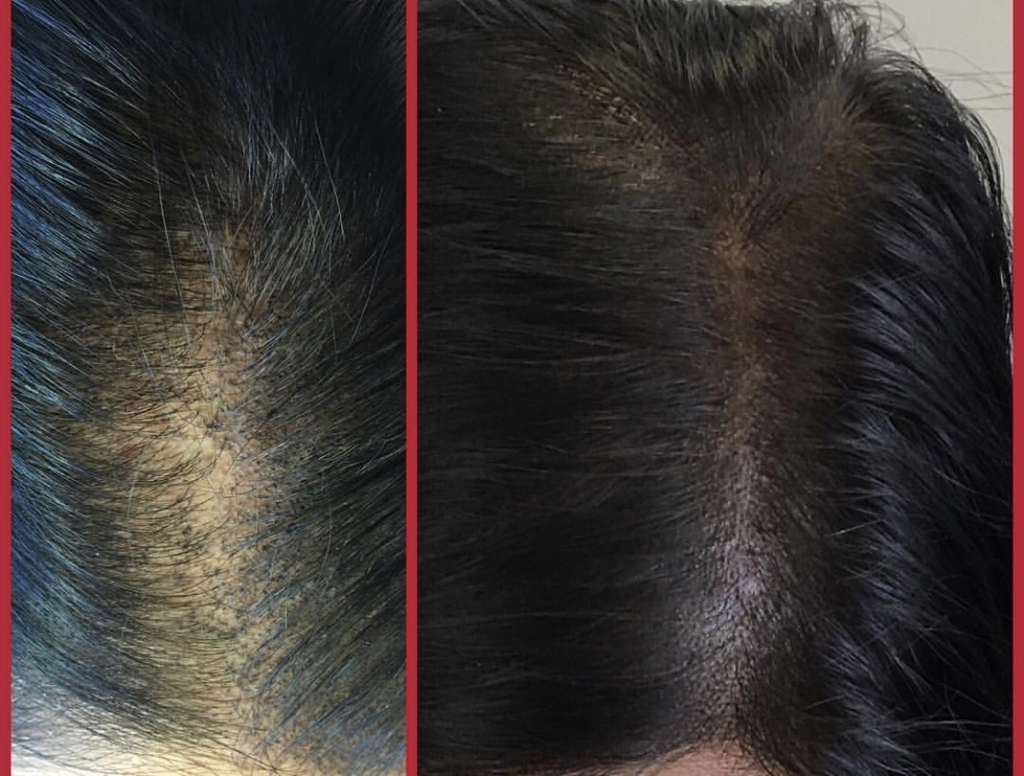 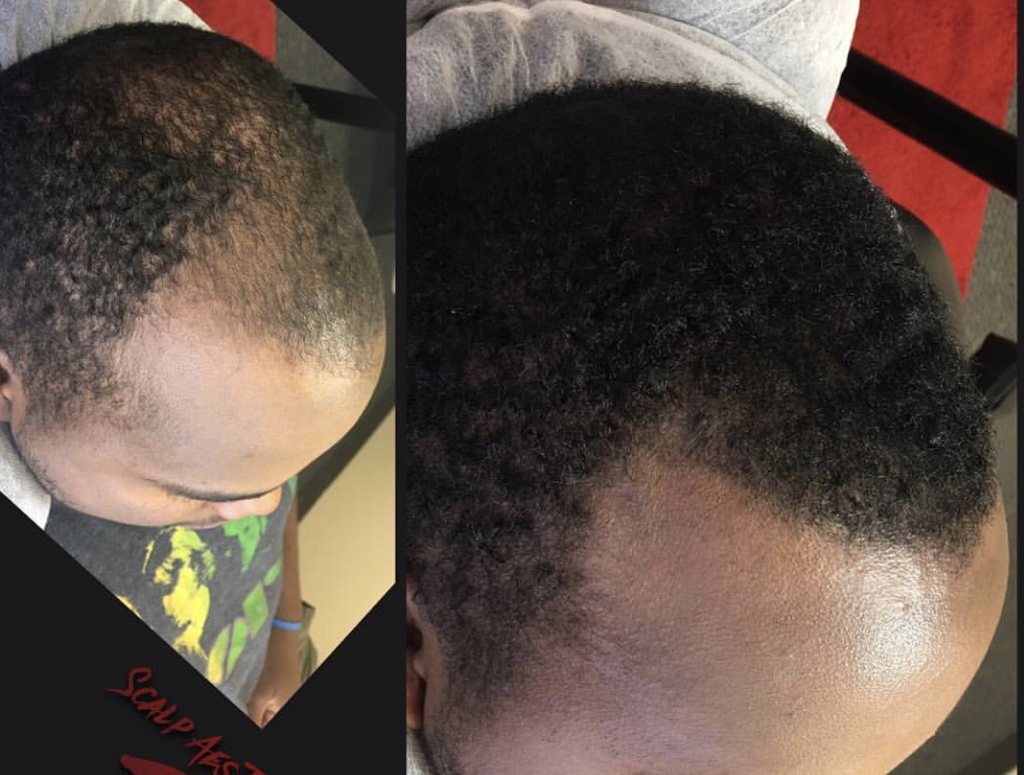 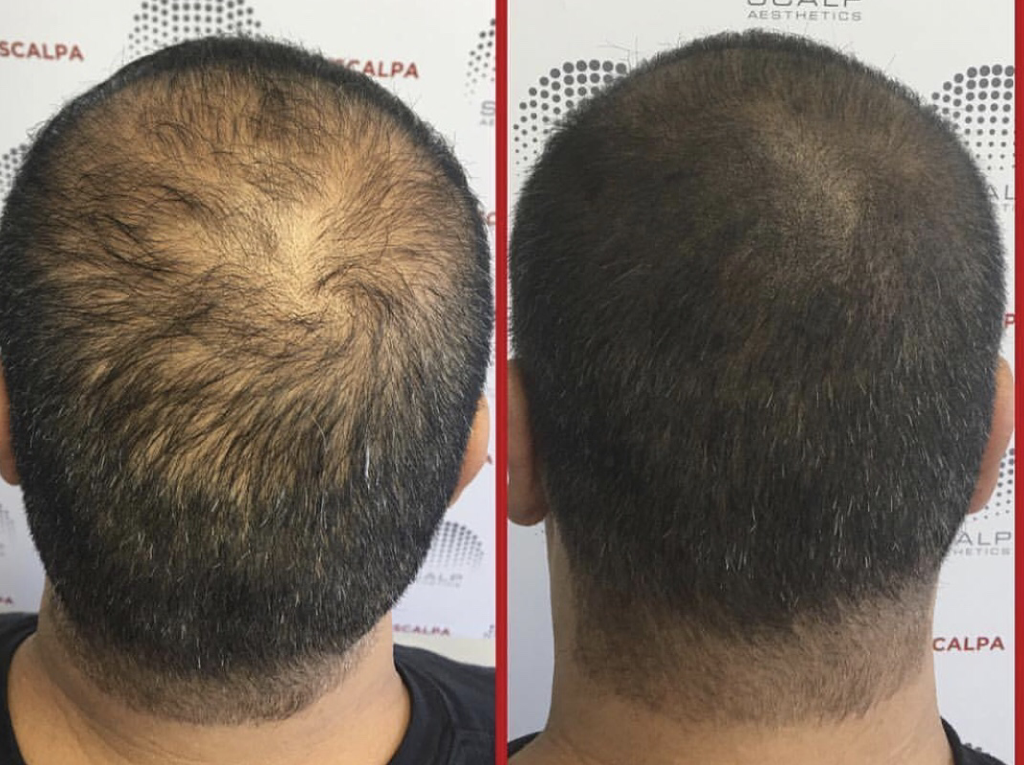 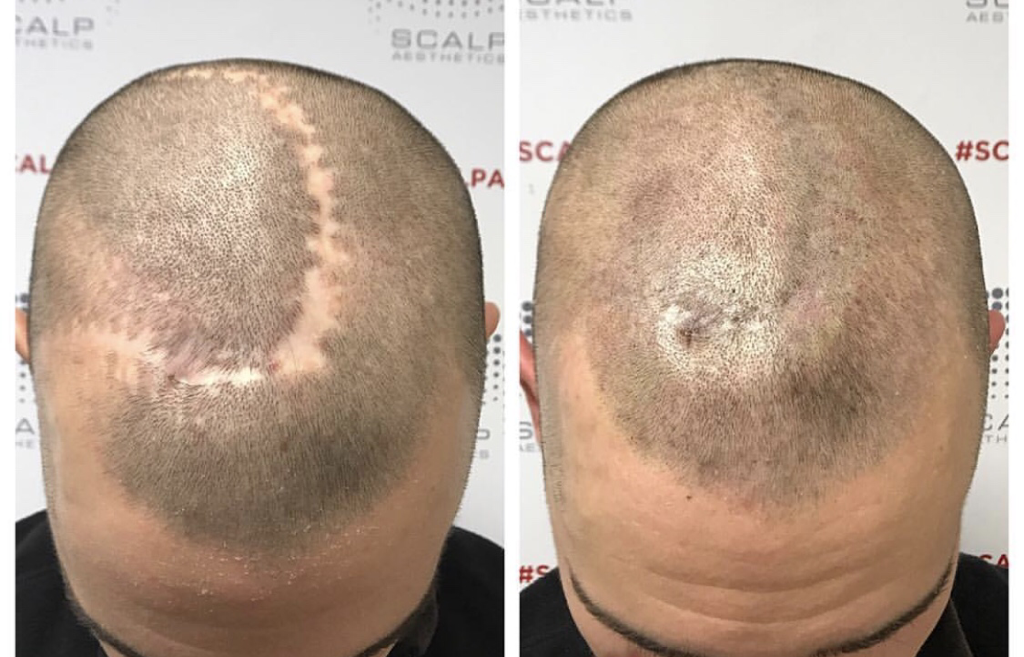 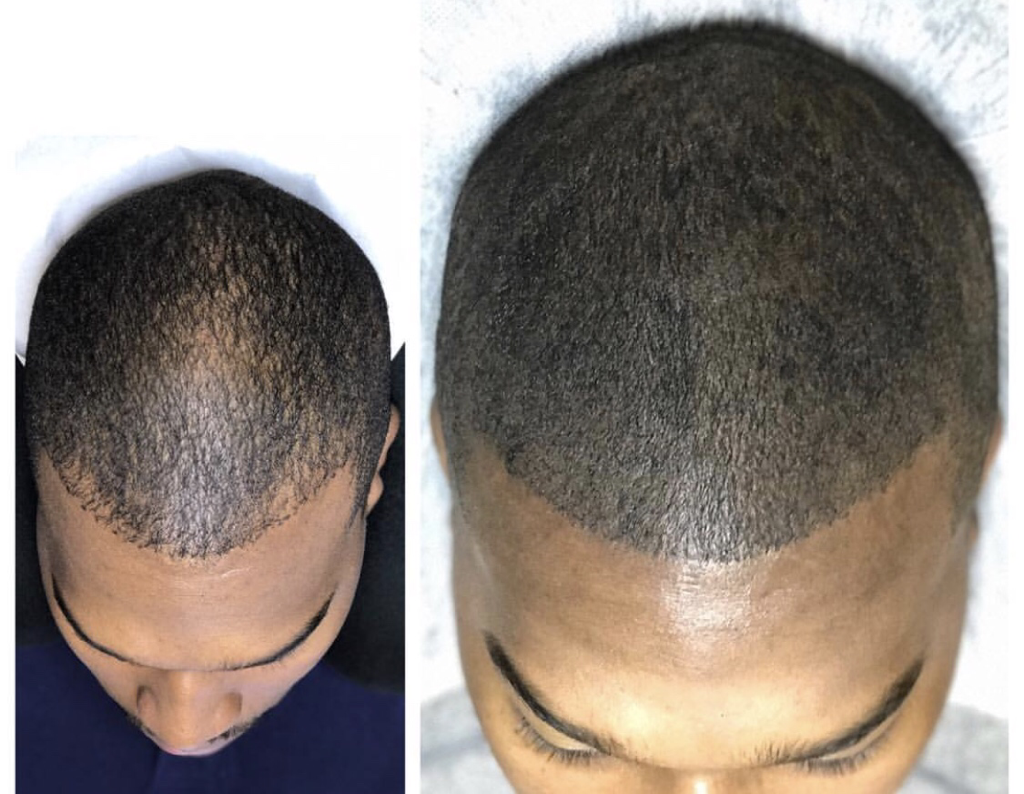 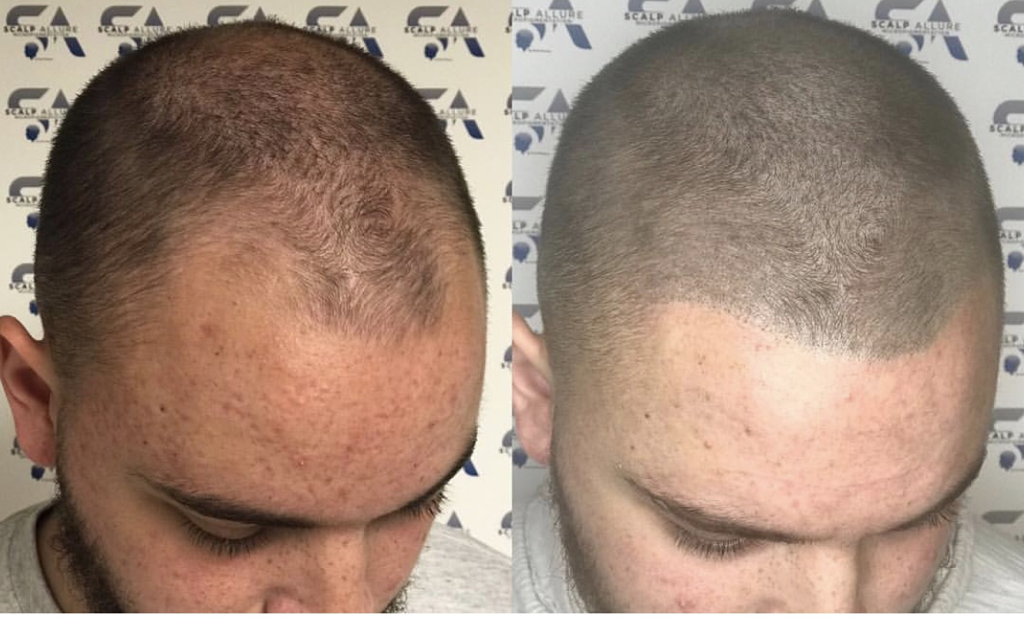 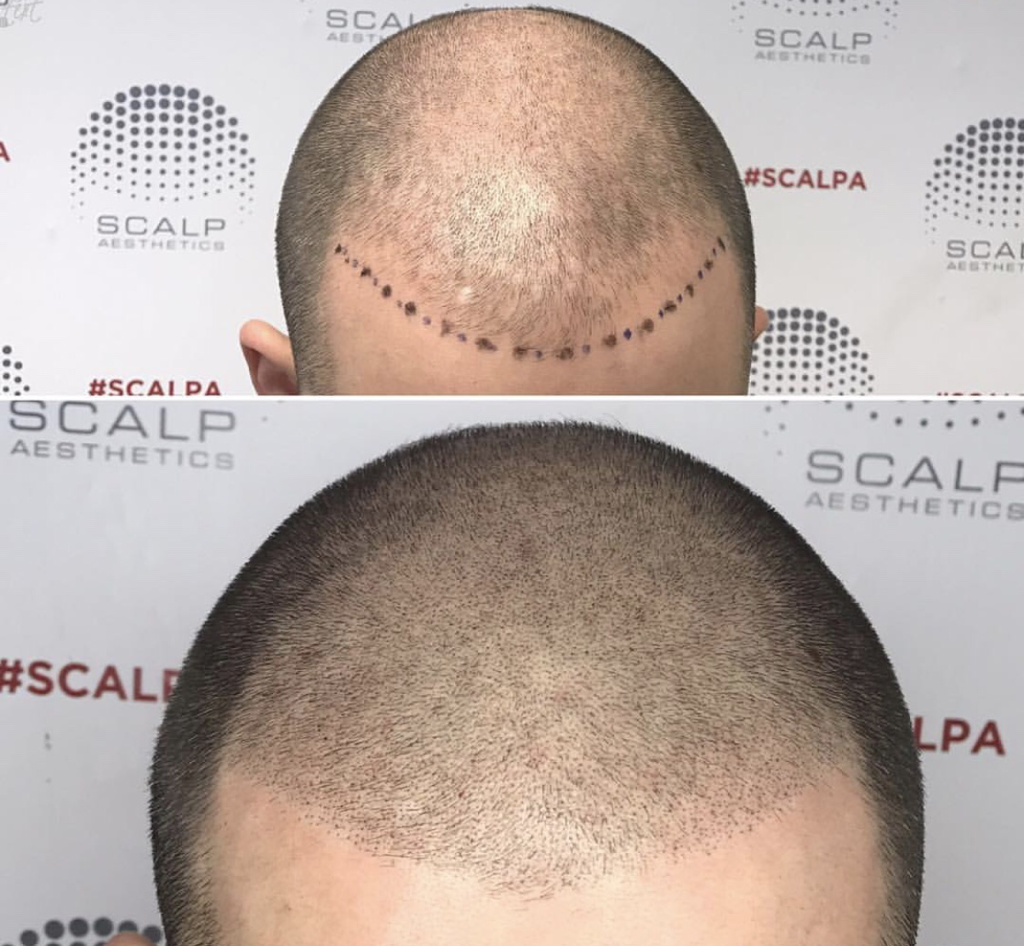 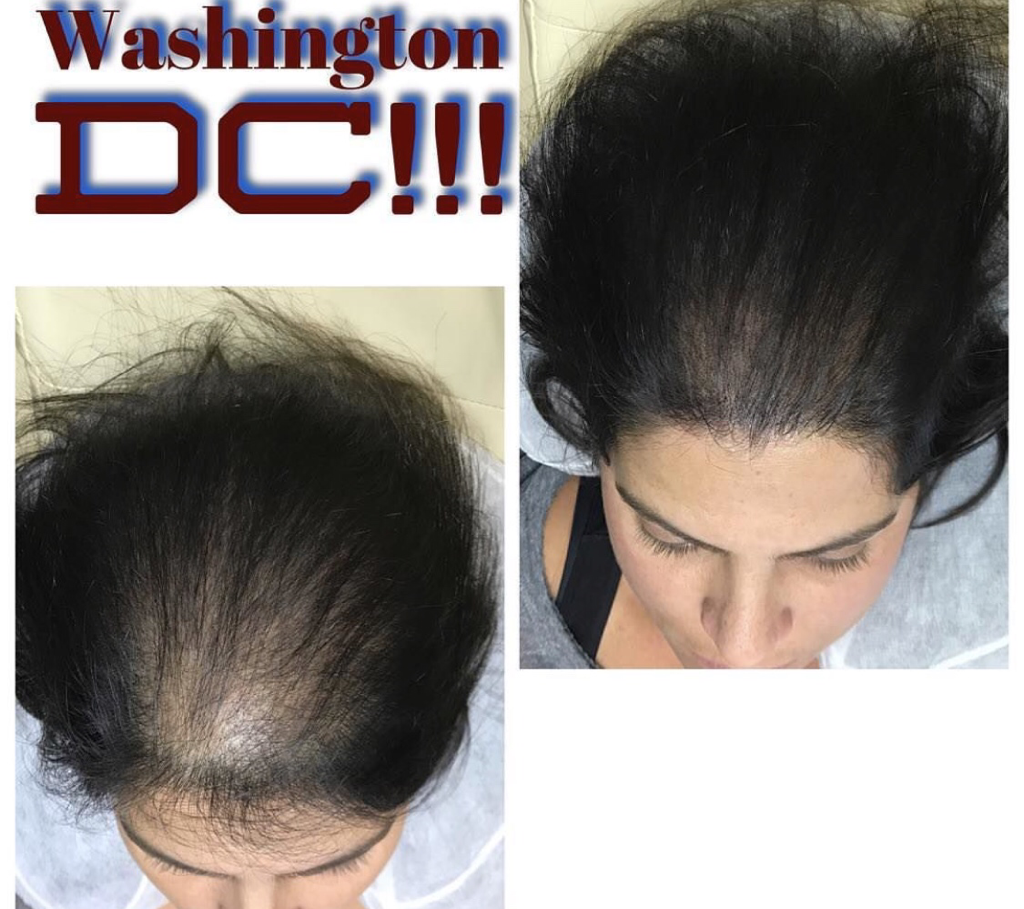