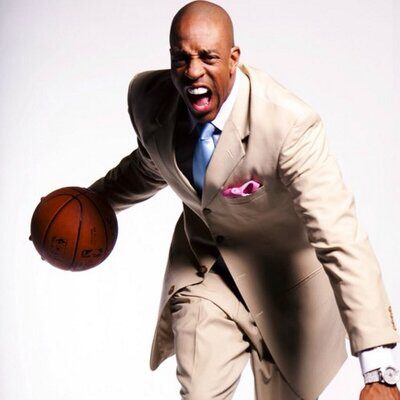 Courtesy of Jerome Williams @JunkYardDogJW
Jerome Williams was a 6’2 point guard when he was playing for coach Dan Harwood at Magruder in the early 90s. He graduated in 1992 and although he was a pretty good player, he didn’t really get many looks when it came to earning a scholarship to play at the next level.

Williams decided his next move would be attending and playing for Montgomery College-Germantown (at the time, each campus had separate athletic teams). While he was at MC, he grew 7 inches, becoming a 6’9 forward by his sophomore year.

His growth spurt and effective play at MC garnered the attention of Georgetown Hoyas head coach John Thompson, who offered Williams a scholarship. Williams averaged a double-double, with over 10 points and 10 rebounds per game in his first year at Georgetown, finishing his Georgetown basketball career with averages of 10.5 points and 9.3 rebounds per game. While at Georgetown, he played with NBA players Allen Iverson, Don Reid, and Othella Harrington.

Jerome Williams was drafted by the Detroit Pistons with the 26th pick of the 1st round in the 1996 NBA Draft. He played 10 seasons in the NBA, with career averages of 6.6 points and 6.3 rebounds per game. During his career, he played for the Detroit Pistons, Toronto Raptors, Chicago Bulls, and New York Knicks.

He remained in MoCo during his playing career, making his home in Olney for most of it. In 2011, he was inducted into the Magruder High School Athletic Hall of Fame.

Recently, he participated in Ice Cube’s BIG3 3-on-3 basketball league.