We sat down with Alex T, the founder of The MoCoShow, to ask him about his Top 10 MoCo pizza spots.
If you’ve heard him on the podcast, he has plenty to say about pizza, and was more than excited to share his personal favorites. He has tried the pizza at over 75 different MoCo establishments in the last 4 years and has documented every experience.
“I don’t care if you’re Gordon Ramsay. It doesn’t matter if you’re originally from New York or New Jersey…or if you’ve been to Italy 17 times. Your opinion is just that…your opinion.” Alex said, while explaining that everyone’s list is going to be different.
He added that he’s personally not a fan of brick oven or Neapolitan style pizza. So if that’s your thing…this list probably isn’t for you (this one might be)
Note: Places like Ledo Pizza and other national chains are not eligible for his list of pizza spots that are more exclusive to MoCo than outside of it.
Just Missed: Maggi’s Pizza (Damascus), Broadway (Potomac), Corner Slice (Bethesda), Vace (Bethesda), Slice of Rockville (Rockville)
10. Mamma Lucia (throughout MoCo): “I like it, but I don’t love it. Even though there are plenty of locations across MoCo, It’s not necessarily convenient to where I live, but I do find myself going back for it. That has always been very telling for me.”
9. Cuginis (Poolesville): “I’m not in Poolesville much, but every time I’m in the area I have to consider stopping at Cuginis for pizza. It reminds me of Slice of Rockville, which is a solid pizza place, but maybe the fact that it’s not as readily available to me makes me rank it a little higher. Check it out if you’re ever in the area.”
8. Mangino’s (Germantown): “It dropped a bit for me since moving out of the gas station. In my head it tastes a little different. Still good, just not as high as I used to have it.”
7. Milano’s (Gaithersburg and Germantown): “It’s a delivery spot and most people want to discount it because of that. I’ve found myself ordering Milano’s quite often and have never heard any complaints.”
6. CSNY Pizza (Rockville): “This is the closest I’ve had to pizza that I’ve eaten in New York. That doesn’t make it any better or worse, but if you generally enjoy the pizza in NY, this is going to be pretty close.”
5. Giuseppi’s (Gaithersburg and Rockville): “I love the pizza, but I’m not a big fan of the crust. It doesn’t have much taste to it and it’s a little too crispy for me. That’s the only thing holding it back.” 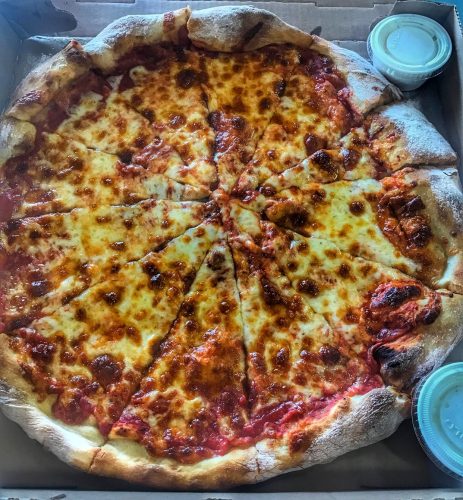 4. Armand’s (Rockville): “it’s the only one left in the DMV and one of just two left in the whole world. I know it’s not truly Chicago style pizza, but I love it anyway. It can be a little hit or miss, but even when it misses…it’s pretty good.” 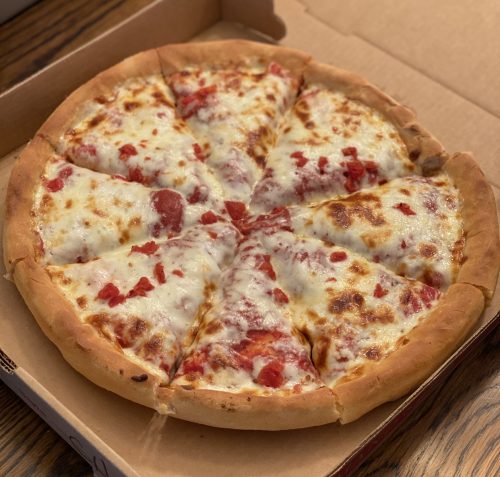 3. Gentleman Jim’s (Gaithersburg): “This is one of the most polarizing pizzas out there, but in a big fan. You can get it the way it comes (Swiss cheese), or you can ask for provolone if you prefer more of a traditional  approach. They, along with Ledo Pizza and Pizza Oven, are responsible for Maryland Style pizza  from way back when the Cavalier restaurant in DC started doing it (later changed to GJ’s and moved to Twinbrook before coming to Gaithersburg).” 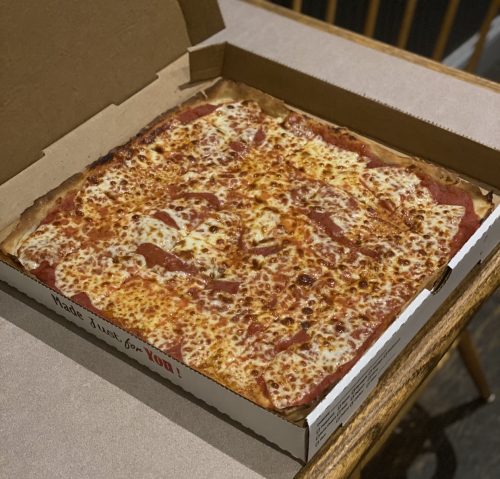 2. Continental (Kensington): “Bring your cash go try it. It’s another “Maryland Style” pizza, but this one is a little thicker than the rest (not by much). Very tasty pizza. 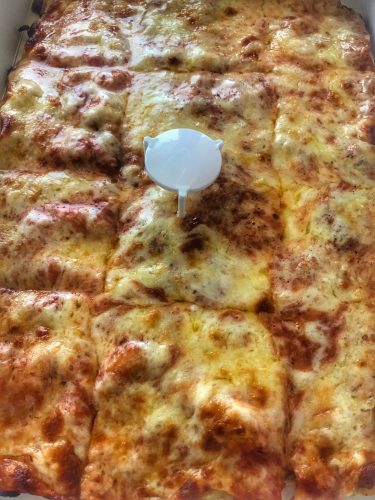 1. Stained Glass Pub (Glenmont): Most of you knew this was coming. The rectangular Maryland style pizza is the kind I grew up with and their version is by far my favorite. Half price on Mondays and Tuesdays makes it taste even better. 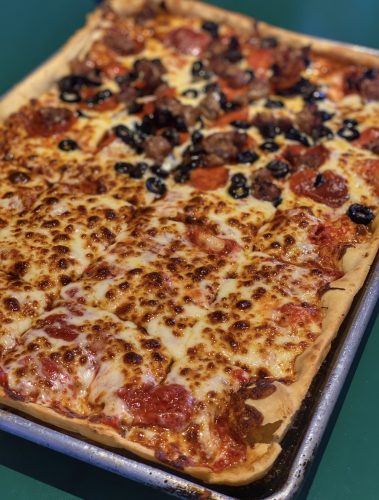