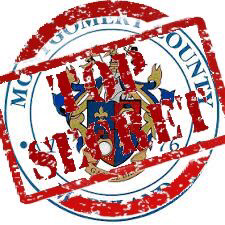 We sifted through the hundreds of MoCo facts we’ve come across and chose these ten to share with you today.

Tell us your favorite Fun MoCo fact that wasn’t on this list, and you may see it on one of our future lists!

1. Brookeville was the United States capital for a day on August 26th, 1814 after the British troops burned down the White House during the War of 1812.

2. Though MoCo was named after Richard Montgomery, it was Thomas Wootton that founded the county by introducing a bill that divided Frederick into three counties in 1776 (one was Montgomery County).

4. Damascus was originally known as “The Pleasant Plains of Damascus.”

5. The Montgomery Village symbol is not trees. It’s 2 stick figures reaching toward the heavens in a gesture of friendship and peace.

6. From 1987-2004 Northwood was not its own high school (it was used to hold students from other high schools during renovations).

8. Gaithersburg’s original name was Logtown. It officially took on the Gaithersburg name in 1878.

9. The inventor of the first home television set, C. Francis Jenkins, lived in Wheaton, at Windham Ln and Georgia Ave.

10. Wheaton was known as Leesborough until being renamed Wheaton in 1869.